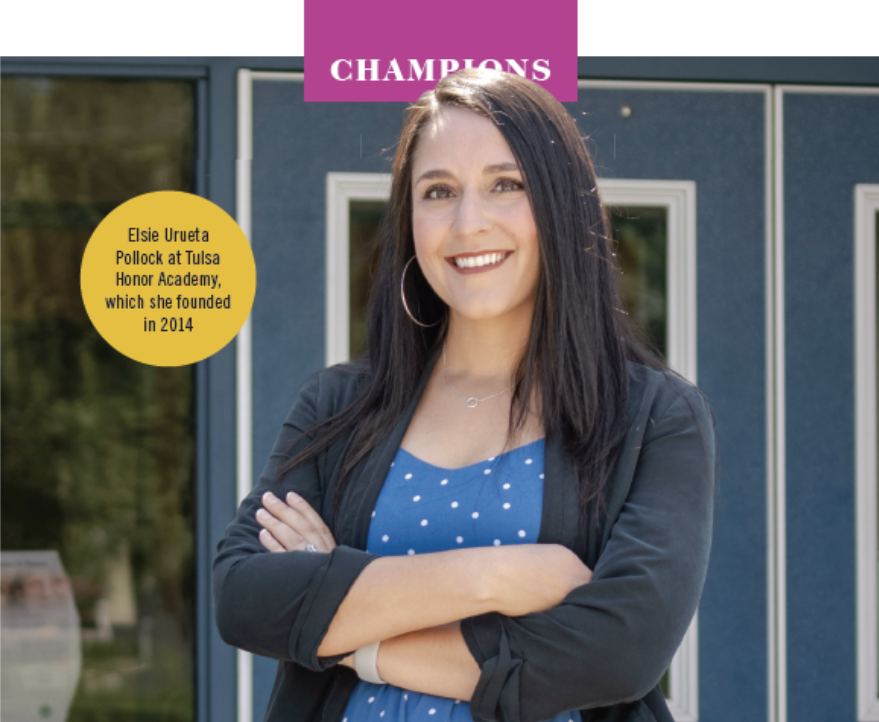 In May, Pollock received the inaugural Lynn Schusterman Award for Excellence in Leadership from TFA Greater Tulsa in recognition of her vision for equity, investment in relationships and commitment to place — and the positive effect she has had in the lives of Tulsans, according to leadership.